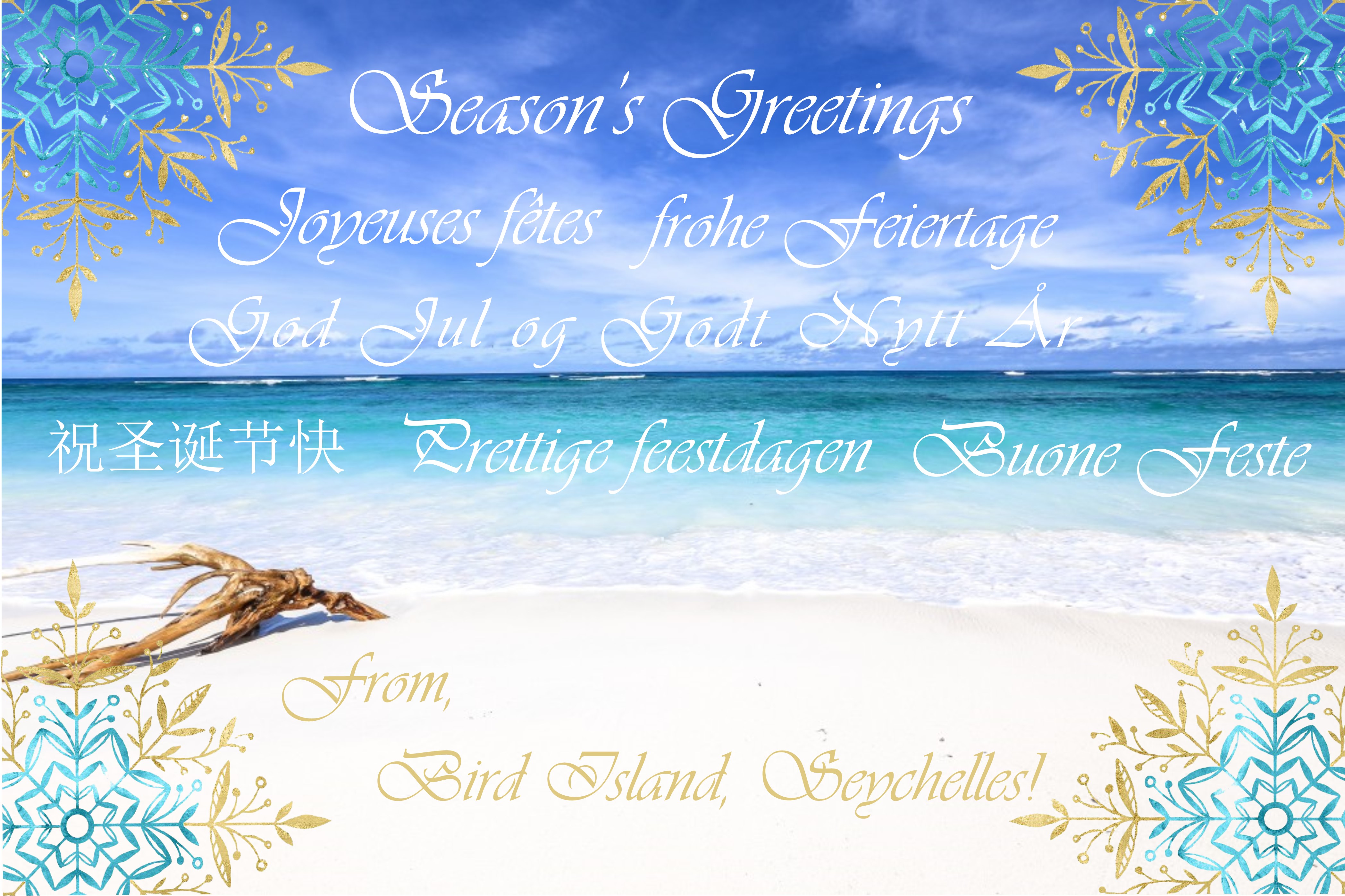 What a Brilliant Year!

What a fantastic year we’ve had! We’ve seen an increase in the the number of Sooty Terns in the colony this year, which is very encouraging, after recording a fall in numbers in 2015. The breeding season also began earlier than usual which resulted in the very first Sooty Tern chick making an appearance by the 4th of July!

2016 also marks a significant point in Bird island’s story, with Mr Guy Savy, the owner of the island, passing the baton to his sons Nick and Alex Savy. Nick and Alex have both spent their childhood on Bird Island and have seen their parents running a small island hotel from its infancy to the successful eco-lodge that it is today. They have learnt the ins and outs of running the lodge and they have a great affinity with the island, the staff and the island’s visitors. The Savy brothers have been co-managing Bird Island now since early 2016.

This year also saw us upgrade our transfer service through the signing of an agreement with Air Seychelles, the national airline of the Republic of Seychelles. This was a commitment made by the Bird Island Management, to enhance air access to the island for its local and international visitors. Air Seychelles now operates a flight per day, 340 days a year between Mahe and Bird island. Flight times remain the same.

With the year coming to an end and in preparation for the year 2017, Bird Island Lodge will be closing from the 12th of December 2016 until the 13th of January 2017. We would like to take this opportunity to wish you all Happy Holidays and Best Wishes for the New Year!

It’s that time of the year again, when baby Hawksbill turtles will be digging their way up to the surface and finding their way out to sea. If you’ve never experienced this truly breath-taking moment, now is your chance! Treat yourself this December and make a booking with us for now until the 12th of December 2016 or from the 13th of January 2017  for the month of January and February when you are most likely to see these amazing little creatures. Get ready for some cuteness overload!

The Best Hotels in the Seychelles by Tim Ecott, Travel Destination Expert, The Telegraph

“No spa, no air-con, no golf buggies: this is desert island paradise. Bird Island remains a haven for nature and those who want to immerse themselves in an authentic island experience; it belongs to the giant tortoises, fairy terns and frigate birds.”

Read through Tim Ecott’s review of Bird Island and what makes it worth visiting.

Enjoy Mr Costa’s account of neighbouring  islands and the conservation efforts they’ve taken to maintain a sustainable balance between nature and tourism.

* Air Seychelles to introduce direct non-stop twice weekly flights to Seychelles from Dusseldorf and from Durban in March 2017.

* Air Seychelles to increase frequency of direct non-stop flights to Seychelles from Paris from three to four flights per week in March 2017.

* Turkish Airlines is now a new direct service to Seychelles from a number of worldwide destinations!

* Condor increases its direct non-stop flights to Seychelles from Frankfurt to two flights per week.

* Qatar Airways re-introduces daily flights to Seychelles from Doha as of December 2016.

* Austrian Airlines to commence a direct non-stop weekly flight to Seychelles from Vienna as of October 2017.