We are in our Sooty Tern Season and once again the birds arrived earlier than expected. By the end of March thousands of birds were already hovering over the northern part of the island where the Sooty Tern reserve is located. Once April had arrived you would find them spending the day either flying above the island or out fishing but towards the late afternoon, around 5 pm,  you could really see the colony as the birds would slowly begin coming down to rest. With the first sign of daylight though, they would be back to their “daily grind”.

With the arrival of the South East trade winds in May more and more birds could be seen and laying began. This was early compared to what we are used to. By normal standards regular laying starts in the first half of June. Our friends and researchers Chris Feare and Christine Larose returned just in time for this and are continuing with the monitoring of the colony.

It is now June and many Sooty Tern chicks can be seen around the colony. It’s an awesome sight! 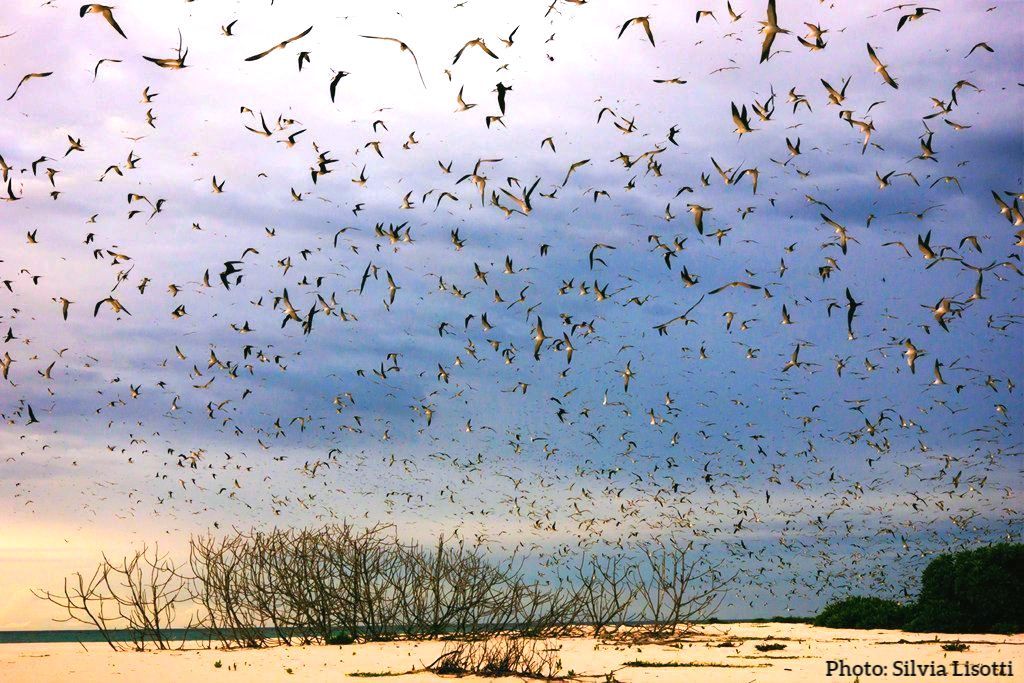 Our platform to watch the birds was rebuilt this year 🙂 and our signs have been redone making it easier for our guests to find their way to and from the colony and along the track.

Our other flying friends

We’ve been seeing a few Crab Plovers (Dromas ardeola) around and we had some Barn Swallows (Hirundo rustica) visit us again in May for a couple of days. Recently we’ve spotted quite a few Greenshanks (Tringa nebularia) along the beach but our most exciting sighting has been the Red-billed tropicbird (Phaethon aethereus) pictured above.

The greens slow down

Green Turtles (Chelonia mydas) lay throughout the year but are normally common from June to September.  There are some coming up the beach to nest at the moment but the level of nesting activity hasn’t been very high overall. We experienced an increase in nesting activity in their last peak season which could be why we’re off to a slow start this time around. We’ll keep you posted!

We’d like to say a big thank you to the Victoria Accueil team that joined us this year for our Beach Clean-Up which was carried out to fall in line with World Environment Day and World Oceans Day. Luckily, due to our regular beach cleans there wasn’t much marine debris around, something we’re very happy about.

We’d also like to thank The Ocean Project Seychelles for our litter buckets (old re-purposed 2L paint buckets) which we put to good use. We are big supporters of the work this not-for-profit non-governmental organisation does for the Seychelles and hope that the part we play on our island also makes a difference. 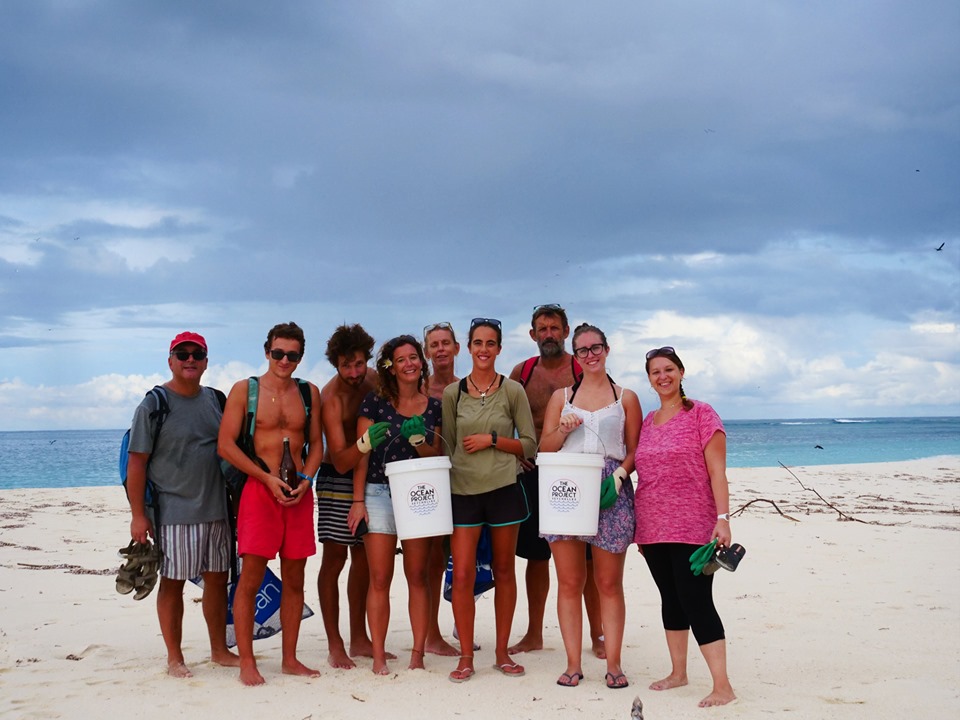 The Victoria Accueil group were on Bird Island for a one night stay and wanted to participate in a beach clean-up activity. The cleaning team is pictured above with our Conservation Officer Joana.

On Bird Island, we regularly clear our beaches of any debris that may turn up to ensure our beaches remain pristine and to also protect the island’s wildlife from being negatively affected.

We have noticed that the change of the winds to south/southeast is when more marine debris washes ashore, mainly along the South and East coast of the island.  It is likely that much of the litter, mainly bottles and food packaging, that washes up during the South East trade winds comes from the bigger islands like Mahe and Praslin; And with the North West trade winds the debris is mainly from foreign countries, perhaps Sri Lanka and China. We shouldn’t forget that fishing boats are also likely to contribute to some of the litter.

Our Conservation Officer has taken the initiative to begin recording the litter collected along our shores in an effort to find out how much washes up on the beach and identify any patterns between the two seasons; An exciting exercise ahead!

The leading image for our June newsletter was featured in ‘il meglio di maggio’ (‘The Best of May’) selection of photos sent by readers in National Geographic Italia’s May  2019 issue. Thank you Ms Silvia Lisotti for the awesome photo!