World Wildlife Day – Life below water for people and planet

This World Wildlife Day which took place on Sunday 3rd March, celebrated life below water. This could not be more fitting for Bird Island where it is not only the birds that reign but also the breathtaking marine life surrounding it.

The ocean is such an important part of our lives yet many of us take it for granted. That wonderful seafood we enjoy, the fuel used to provide us with electricity and to power our cars, that fantastic night cream helping us maintain our youthful look, medicines to remedy our pesky allergies, the amazing snorkeling and diving experiences we cherish so much, and most importantly, the air that we breathe! All these are provided to us thanks to the ocean. 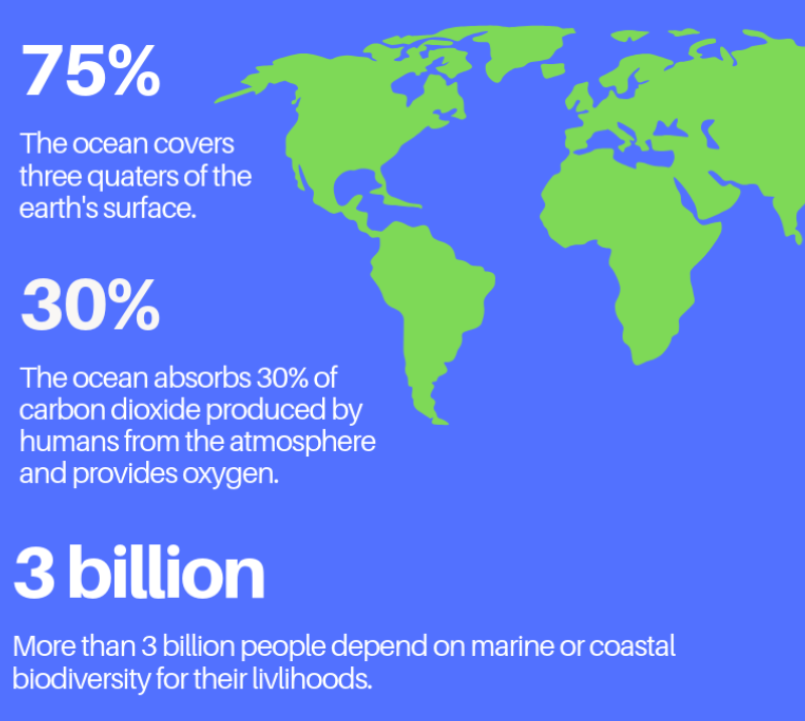 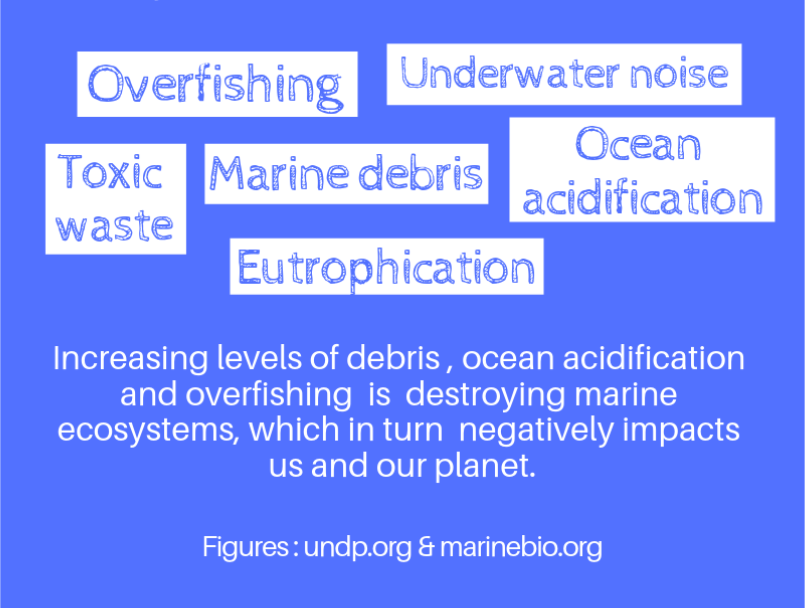 Only through conservation and sustainable use of the world’s oceans and marine resources are we able to continue without destroying them.

Governments work to protect the ocean through the implementation of policies and projects on country-wide and international scales; but what can we do? We can start by making ocean-friendly choices when buying products. We can consume only what we need. We can reduce our use of fuel powered energy to encourage lower demand and thus lower output. We can eliminate plastic usage where possible. We can participate in beach clean-ups and we can spread the message about the  importance of our oceans and why they need to be protected.

Our first nest was early in September letting us know that females were preparing themselves to start the season. There was some activity in October with a count of 19 nests by the end of the month but peak activity was in November and December (81 and 110 nests counted respectively) reaching over 200 nests. By January, 47 nests were recorded indicting a fall in the numbers of turtles coming ashore to lay.  By February even fewer nests were being recorded and it can now be said that the main Hawksbill season is practically over. 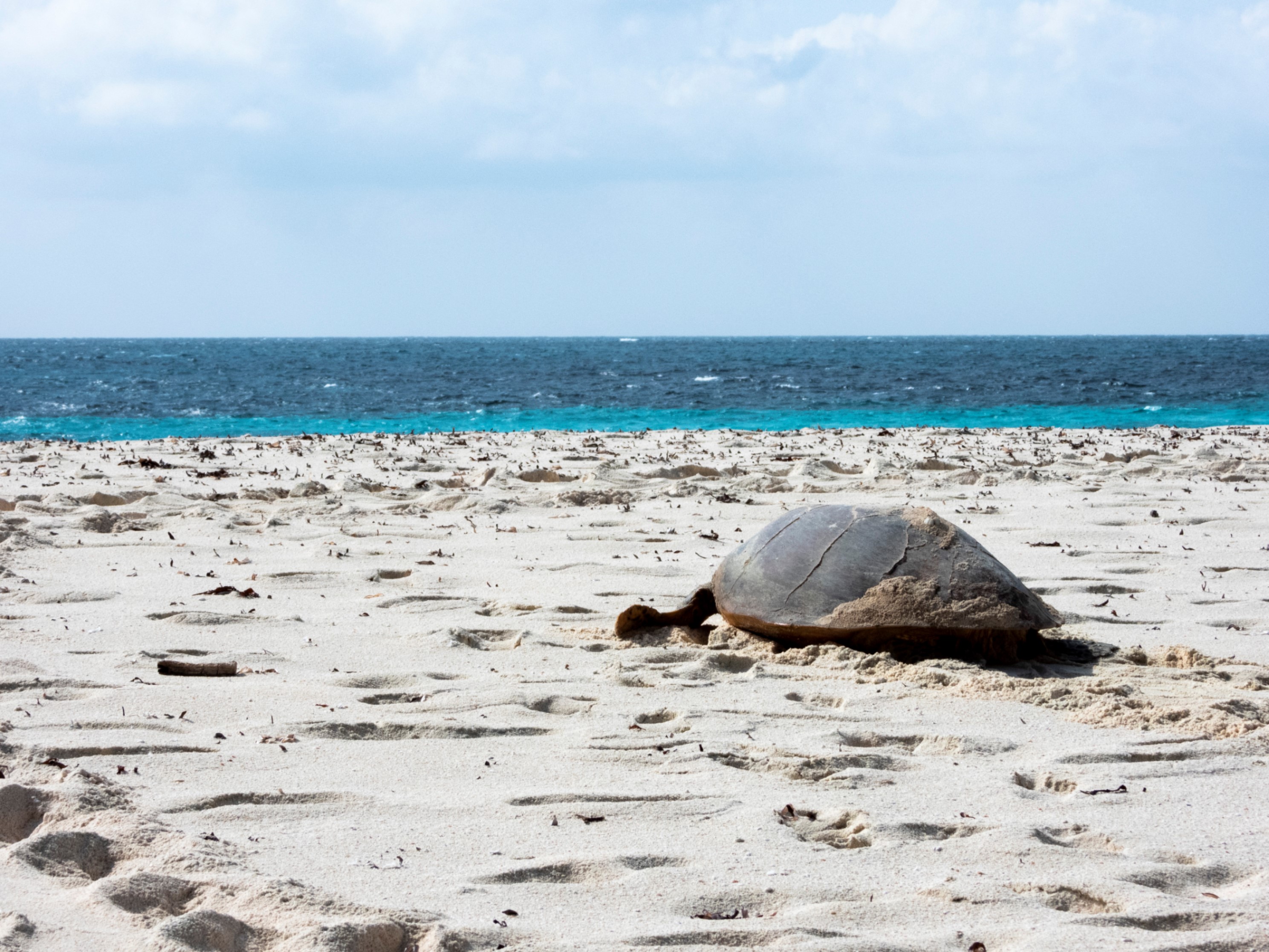 As you will have seen from our previous updates, for the Green turtles it has definitely been a great year. Never before had we recorded so many nests or so much activity on our beaches. For this season, 169 nests have been recorded to date. Peak activity was recorded in September with 32 nests counted and the numbers dropped in October with 17 nests counted. The number of nest per month however,  have not been decreasing since then but have been stabilizing with an average of 18 nests per month over these past 3 months.

Once turtle nests reach the end of their incubation period, which is around 60/70 days, those cute little hatchlings begin to emerge. With the season having started in September for the Hawksbill Turtles this meant that by November/December we were seeing the little ones making their way into the world. This continued into February where we captured the group seen in the above video heading out to the ocean. On each of her morning walks our Conservation Officer, Joana, encountered at least one nest where hatchlings had emerged, indicated by several baby tracks leading away from the nest.

“Our nests are all in nature where there’s plenty of space and the conditions (temperature, humidity, etc.) are all natural, allowing the eggs develop the way they were meant to. So although it may be harder to actually see the ‘newborns’, if you’re lucky enough to come across them, it’s a magical moment!”

Moving on to the birds…

Most recently, significant bird sightings on the island have been the Blue-Cheeked Bee-Eaters spotted last month, along with a flock of Saunders’ Terns.
The Blue-Cheeked Bee-Eater (Merops persicus) is a vagrant throughout the Seychelles seen around November to December and March to May; flying in from the Nile delta and Northwest India. They are normally found in open woodland, usually near water. They are gregarious  birds which explains why we have seen more than one around. They are fond of bees, beetles, dragonflies and other similar insects.

The Saunders’ Tern (Sterna saundersi) which is often confused with the Little Tern is a very small, white, active tern, rarely seen in the Seychelles. When you do come across these birds, it is normally along the coast and they are generally in small groups. They enjoy small fish and sometimes feed on molluscs and insects. You’ll find them from about August to April after after flying in from the Red Sea, the Persian Gulf or Northwest India where they usually breed.

We are also already seeing a few Sooty Terns hovering! Towards the end of the day they can be heard at the north end of the island and they can be seen flying over the sea.  This could mean that the colony will once again arrive earlier this year as it did in 2018.

Over our closure period in December/January, we experienced the peak of  the ‘seaweed season’ with considerable amounts of seaweed and seagrass being washed onto our shores. This had reduced by February and now there is much less of this natural debris lying around. This was caused mainly by the northwest winds on the waves and currents which have now slowed down.
These wrack lines, as they are known, have mostly been on Hirondelle Beach and Passe Coco Beach. Nonetheless, it has still been interesting to check out this side of the island. Just a walk by the water has lead to encounters with baby whitetip reef sharks to juvenile stingrays swimming around and even Green turtles catching a breath of air.

Check out our infographic on seagrass (below) and learn about the vital role it plays in our marine ecosystem.