It’s your last chance to win a return trip to Bird Island!

With only one week left before our Photo Competition closes, these last few days can be the deciding factor on whether you get a chance to return to Bird Island for that well deserved break!

Send through images captured whilst holidaying on this island during the month of June through to September 2017 and stand a chance to win a 2 nights stay for 2 persons, on Full Board basis, including your return Mahe/Bird/Mahe flights! Unleash your creativity and send in your shots, whether of breathtaking sunsets, lovers by the beach, our friendly Creole staff or the fantastic wildlife; anything that captures the essence of Bird Island.

A little bit of history.

Did you know that Bird Island had its own ox powered mill? This was a traditional ‘machine’ that was formerly a vital part of the island’s contribution to the Seychelles ‘coconut economy’. 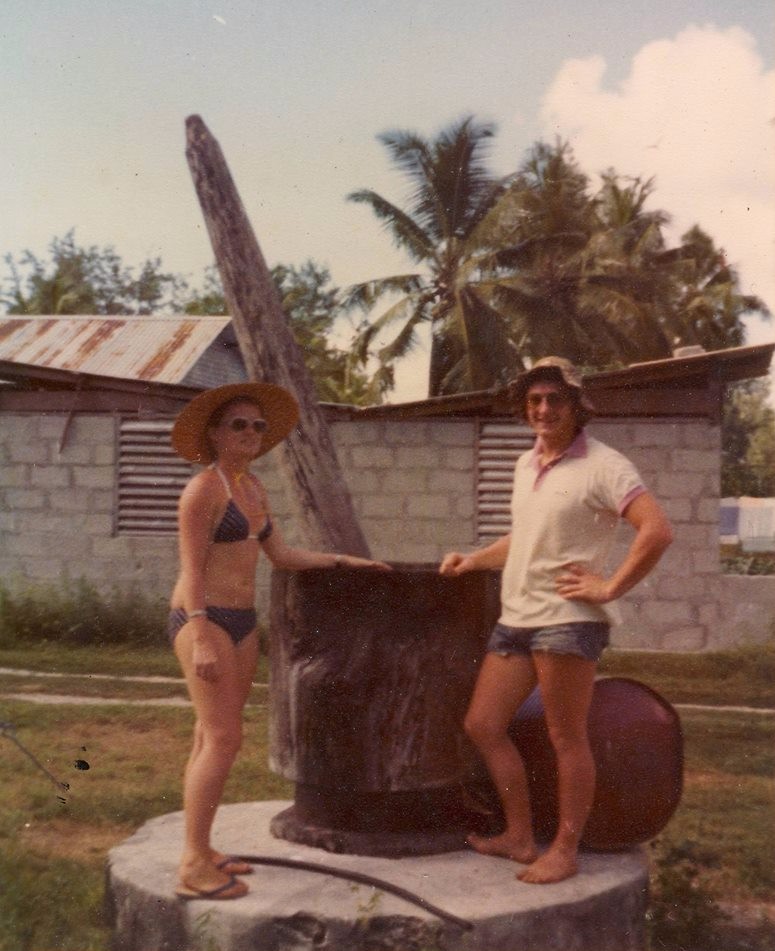 In the above photo is the Bird Island ‘moulin kopra’ as decoration in front of the lodge in the 1980s.

Photo: Kindly sent in by Margaret Norah, who features on the left. Mrs Norah formerly co-managed the lodge wih her husband.

Check out our mini beach hut! 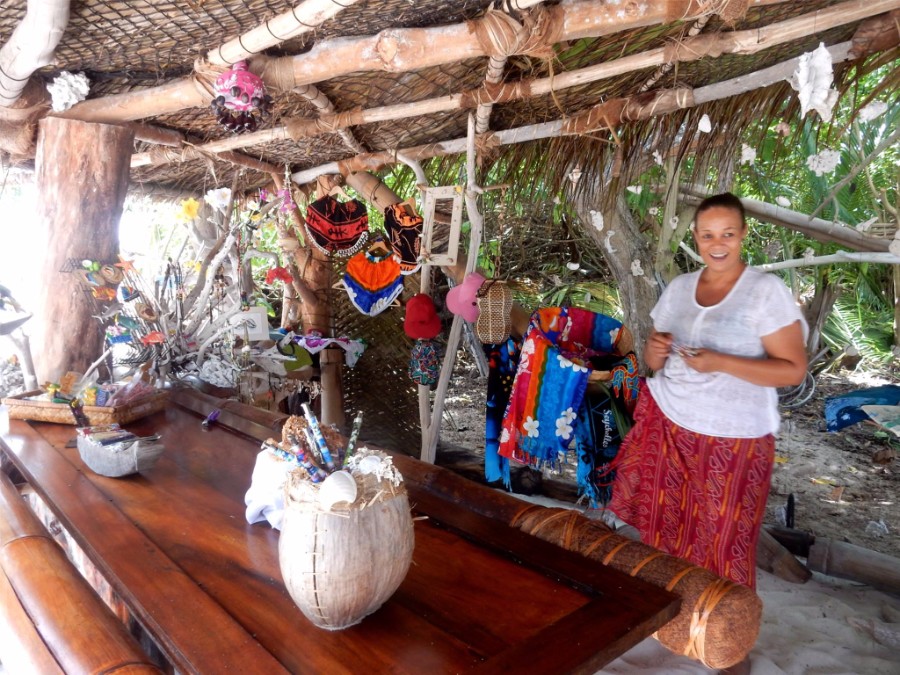 The hut, built mostly from driftwood and decorated with beach-washed shells and coral is where you can stop for some freshly prepared coconut water and home-made snacks after a short trek from the lodge. Trinkets made from shells and driftwood as well as beachwear can also be purchased at the beach hut.

Our mini hut is just 500 metres away by means of a good track through the forest.

“Mynas can express their annoyance too”

Common Mynas (Acrodotheres tristis) like eggs. They have been recorded eating the eggs of many species, large and small. In the process, they can endanger the survival of some of the world’s most endangered island endemic birds. 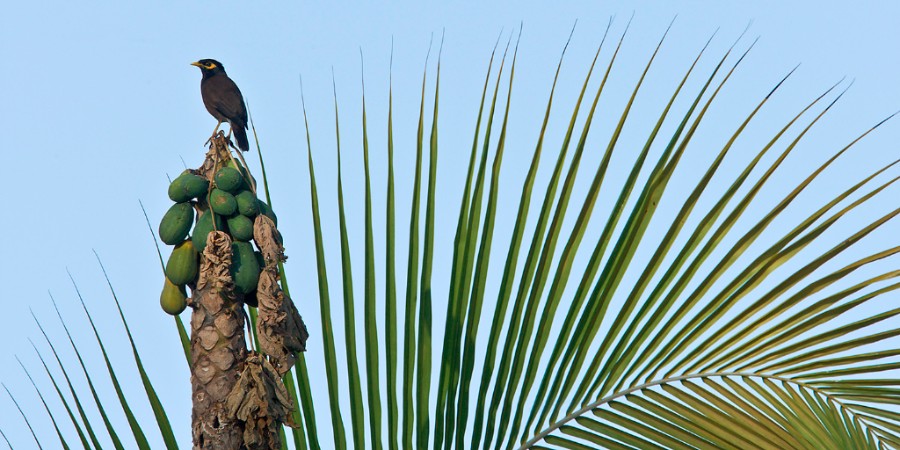 One morning, during breakfast in Bird Island’s restaurant, I was watching a pair of Mynas searching among Lesser Noddy nests in a Cordia sebestena tree… By moving among the nests they hope to disturb an incubating bird, stimulating it to leave its nest, so that one of the Mynas can take the egg. During this process the Mynas are silent.
On this occasion, both Mynas suddenly began to utter loud alarm calls. The egg had been dropped and was quickly picked up by a Moorhen Gallinula chloropus and carried away to a patch of long grass, where the bird devoured its unexpected breakfast. The Mynas continued to express their displeasure for some seconds, but they knew they would be no match for a Moorhen in battle and so abandoned their hope for that egg and resumed their search for another.

What would be the ideal number of nights to visit Bird Island? We are often asked this question and we would have to say 3 to 4 nights. Not surprisingly the average stay is actually 2.5 nights.

For an eco-lodge and nature reserve such as ours, a stay of 3 to 4 nights is perfect to make the most of what this amazing place has to offer:

2. The serenity of being on an island away from the hustle and bustle of the main land.

5. Kayaking experiences around the island.

6. Viewing the Sooty Tern Colony (from May to October) and the vast number of other birds species found on the island.

7. Natural trails for those who enjoy a bit of a trek.

” You cannot be all things to all man”

When visiting Bird Island, one must remember that we are an eco-lodge with a concept of simple island living and getting in touch with nature.

– There is no air conditioning. The chalets are open plan and have been designed to allow for natural ventilation by the sea breeze. You can close your doors and windows for privacy, but there are no locks. You are absolutely safe on Bird Island.

-You are surrounded by wildlife: harmless little creatures such as geckos and of course, the birds. They remain free to roam, so do not be surprised if you see the odd Red Madagascar Foddy fighting his image in your bedroom mirror or a Brown Noddy preening on your balustrade – Not to worry, they are mainly fish eaters! 🙂

– As a strict eco lodge we do not use insecticides. We instead use safer alternative methods of control so as not to harm the birds and tortoises.

-The water in the chalets is slightly brackish. This is because we use well water – rain water that naturally floats on sea water – which we carefully pump for your good use. Its salinity and the salinity of the sea air are the reasons why all water fittings are in plastic. For drinking water, thermos flasks are available in your room and these can be filled at the bar, restaurant or reception. It can get hot so drink plenty of water.

-Due to the nature of the island, we expect all visitors to act responsibly.

-Oh! and remember to watch out for the coconuts!